A Trip to Nowhere and Back

Yesterday, in honour of Jason's Birthday, we took the day off and took a road trip to nowhere and back. Where's nowhere, you ask? Well, it's near Nothing. Nothing is a place where there is literally nothing to see, and we've "been there, done that" on many trips past it on the way to more interesting places.  Unlike Nothing, what we thought was the middle of nowhere actually had a few populated central Arizona towns in which we've never been. I guess to call them nowhere is a bit misleading and insulting to their residents, so although they might not be somewhere most people go, they ain't nowhere.

To get to these towns we headed east from Highway 93, just a few miles south of Nothing, and just a few 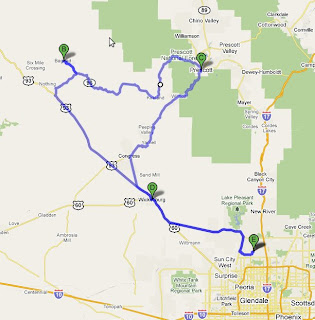 miles north of the Santa Maria River.  We went in and out of the thriving metropoli of Bagdad (not a typo), Hillside, Skull Valley, Kirkland, Willhoit, Peeples Valley, Yarnell, and Congress. We saw a lot of amazing scenery on the way. The rocky hillsides dazzled us with greenery and wildflowers. This was mostly high desert and rangeland that you can easily imagine is brown and dreary at most times, but not this Spring. In fact, the Hassayampa and Santa Maria Rivers, as well as their tributaries were flowing with snowmelt runoff. We also saw lingering snow on the hills, from the pass south of Prescott. You can click the following photos to enlarge them: 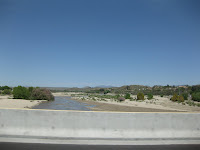 This is the Hassayampa River in Wickenberg, which is usually dry. "Hassayampa" comes from the Yavapai Indians, for "River that flows upside-down". The water literally flows underground most of the time. A local legend has it that anyone who drinks from the river can never again tell the truth. 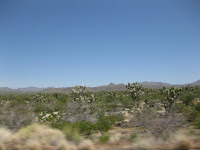 These things flying by are Joshua Trees, in the Joshua Tree Scenic Parkway on Highway 93. These members of the yucca family can grow up to 50 feet tall and live for hundreds of years. They got the biblical name Joshua from Mormon settlers. 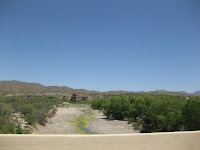 This is the Santa Maria River south of Nothing. Not exactly raging waters, but refreshing-looking just the same. 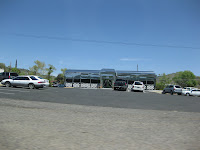 This quaint 50's style diner appeared to be the focal point of the town of Bagdad, a small mining town, but one of the larger bergs on this trip. Bagdad's non-descript houses all looked the same - white stucco with red roofs - probably because they were built by and are owned by the mine. 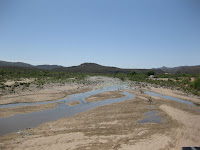 This is the Santa Maria River again, but several miles upstream. We'll have to camp here some time. 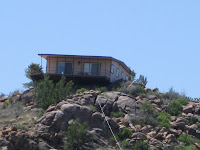 This rather precarious double-wide trailer was about the only thing that was hillside in Hillside Arizona. I just realized - we never saw a soul in either Bagdad or Hillside - maybe everyone was in church? 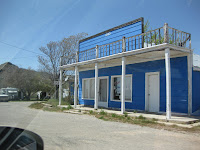 The only business in town, the Hillside Country Store, was closed of course. 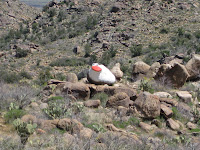 I was hoping to see some famous painted rocks on this trip, such as the skull over Skull Valley, and the Frog Rock over Bagdad. We missed those, but this one really quacked us up. 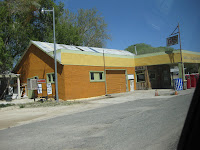 Skull Valley. Notice the age of the gas pumps. 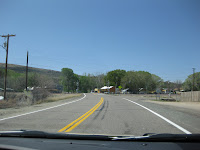 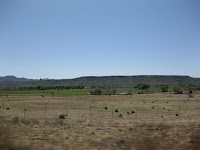 Peeples Valley. Kind of picturesque, but there's not really all that much there but horse grazing land.


This is where all the action is in Kirkland. 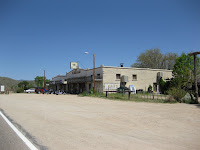 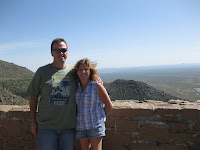 There was a cool overlook at about 6000 feet elevation. We could see for miles. 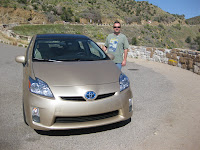 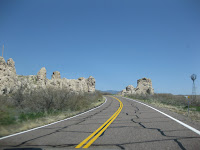 There were lots of scenic rocky outcroppings and hoodoos along the route.

Congress was an interesting town. If you're in need 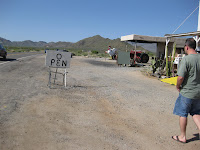 of something extremely odd, chances are you can buy it here. 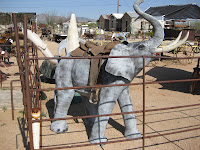 Such as an elephant wearing a pony saddle, 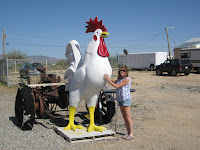 ... or a nine-foot rooster. Pulling an antique tractor. I'm sure there's a very good in-joke about this that's well-known in town. Or perhaps the shop owner is just nuts.
This concludes our enjoyable road trip to nowhere and back. We didn't see any famous landmarks, but most of the towns we saw along the way were better than Nothing.
Posted by Chris Webb at 9:13 PM